I have always wanted to visit Heze 菏泽.

Heze combines the Grand Canal merchant culture of a city like Jining with the deep traits of Shandong province, strong hospitality and hot tempers. During my two years in Jinan, I kept planning trips to Heze, but they always fell through. I even had a t-shirt from the Peony Festival that I wore until it fell apart.

But Heze has more than flowers and memories, it also has cattle, so here I am.

The library was closed, so I got to walk around, which as always means walking around looking for something to eat…

There was no shortage of choices. I love Shandong food, and among other local specialties, this place has long been known for its livestock–in a short space, I saw shops selling beef soup, shops selling donkey soup, and shops selling sheep soup. On a whim, I decided on the last one, and entering the shop, immediately knew that I was in the right place.

It’s now super easy to order out food from restaurants–tap your phone a couple of times and a guy brings food to your door. It’s why the streets are constantly buzzing with delivery motorcycles. Sure, it’s convenient, but it sucks the life out of eating as a social activity.

Not here. This place was busy. People were lined up to order and eat. Grandparents with kids, groups of workers, and me with a big ol’ smile on my face.

Like always, you get a choice of meat, organs or both (which I chose). I also got a couple of bing, which are sometimes translated as “cakes,” but refers generally to any kind of flour-based bread. Here it was pan fried flat bread, with layers separated by a brush of oil. I also got a plate of cold dishes, peanuts and green beans, which in real Shandong style were tossed in an obscene amount of raw garlic and topped with sesame paste.

The soup was some of the best I have ever had. The bones gave it an incredible richness and a milky white color (it’s sometimes called “milk soup” for this reason). 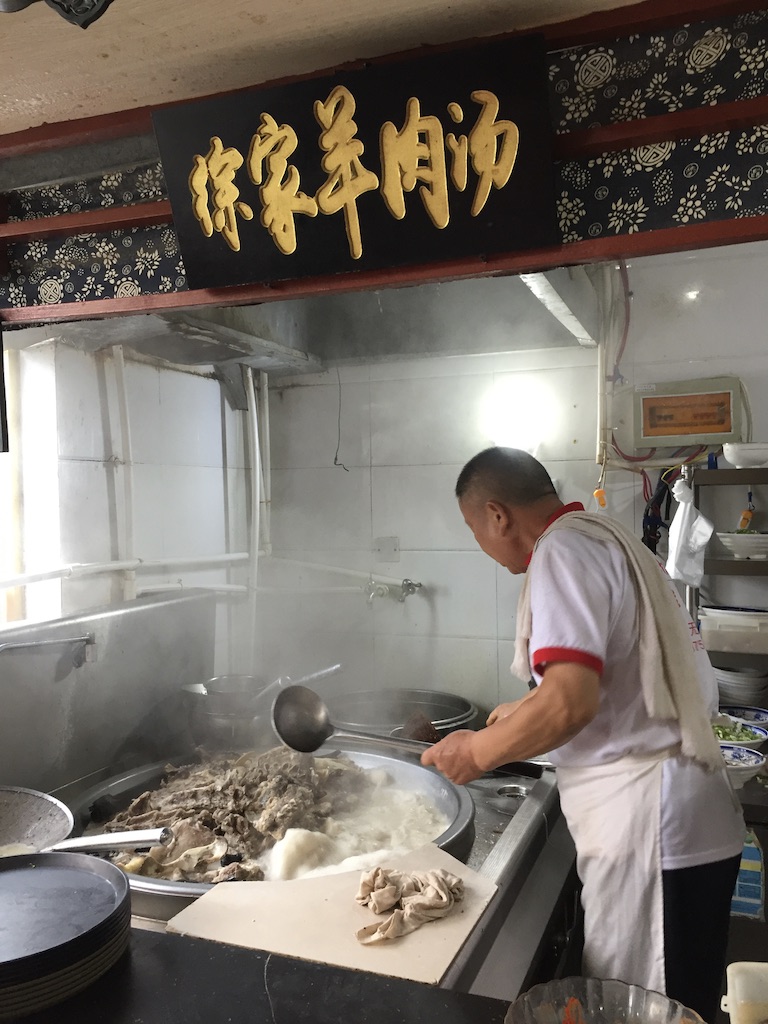 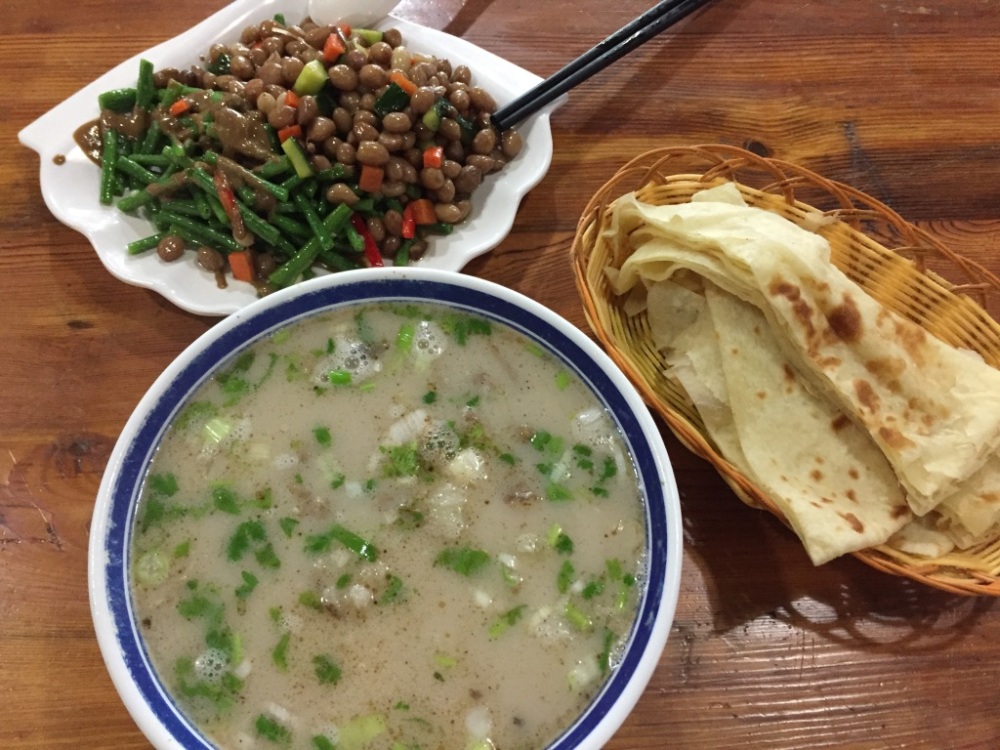 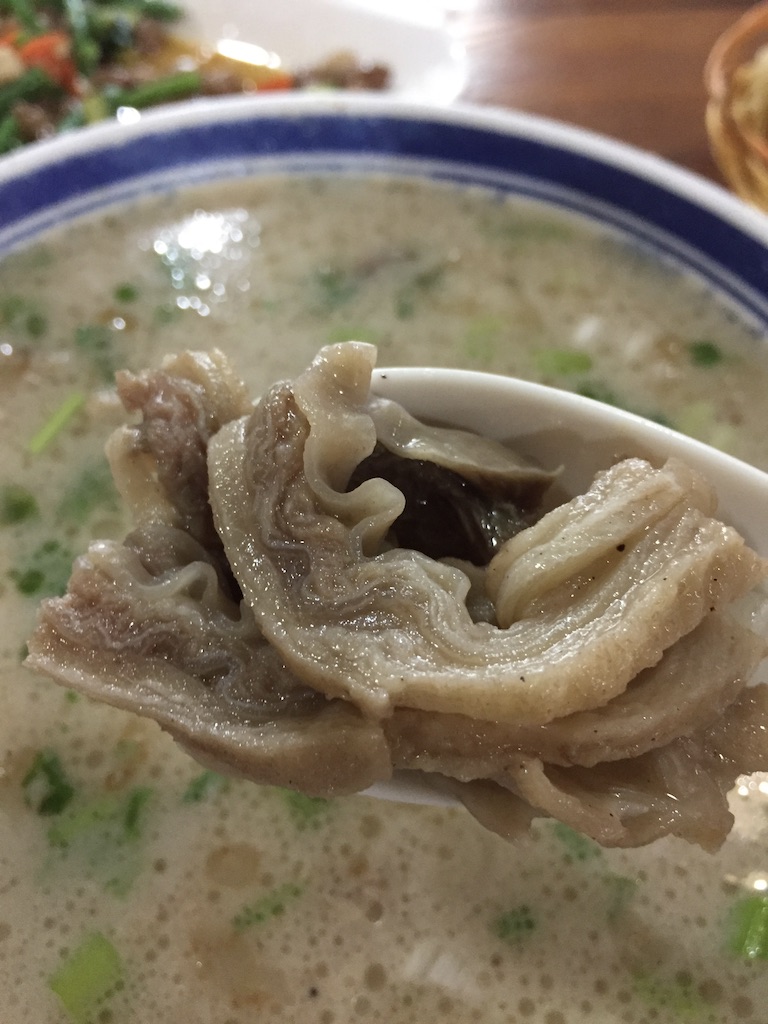 While I was eating, I chatted with the owner. It turns out that the shop is new, but his father has been cooking this dish for four decades. He also shared that he does not use the delivery services–because the plastic containers would ruin the taste.

After I was done, I stood for a moment of silent awe watching the clockwork coordination of the kitchen. Here’s a little taste (of the view, not the soup…)