It’s been a momentous couple of weeks, I tell you.

As of our last update, I had dug down to just around the edge of the old swimmin’ pool, leaving us with a thusish state of affairs:

Not bad, certainly compared to what was there before. Since then, I finished breaking up the pool, removed the giant stinking bolus of rotting vegetation (including a dead magpie!), as well as much more dirt and many more giant roots. At that point, we looked something like this: 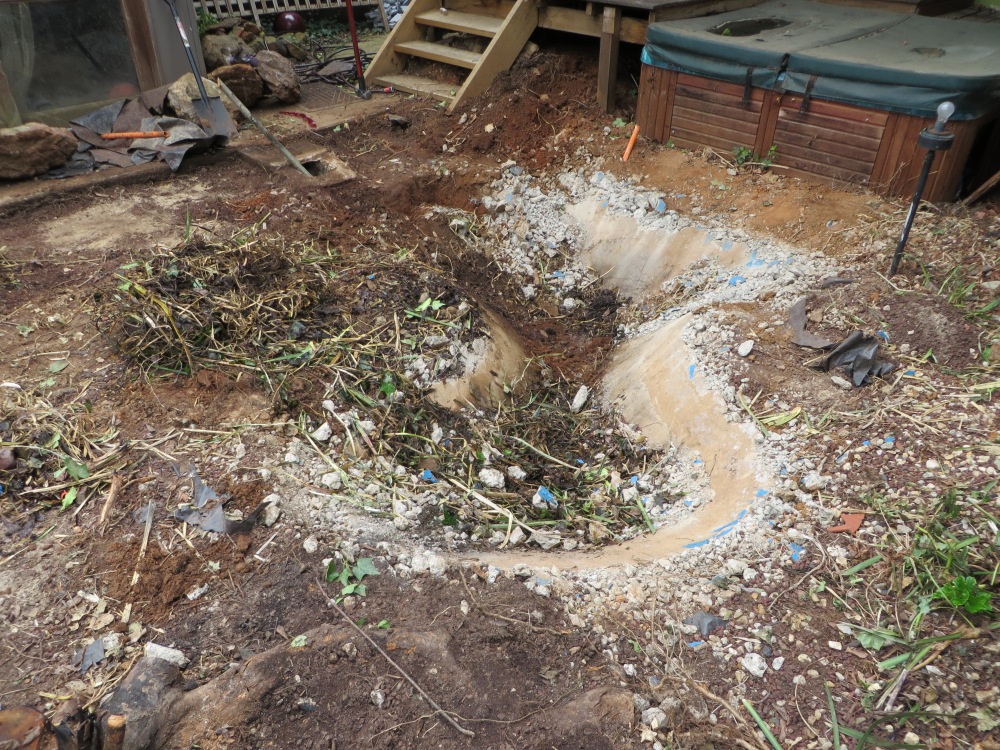 Whereas the growing mountain of garbage was taking on this sort of character (note the rolled up remains of the plants from the pool in the foreground): 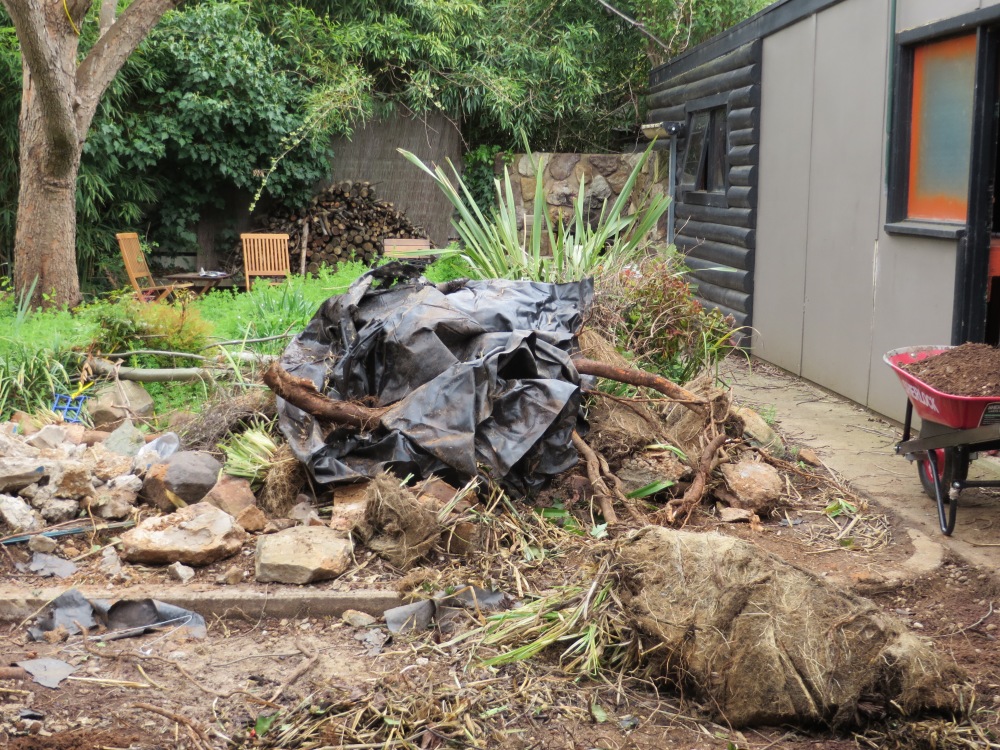 But garbage or not, this was progress, and I was pretty happy to see it. I even started going out in the mornings and raking the sand, just to Zen things up a bit. 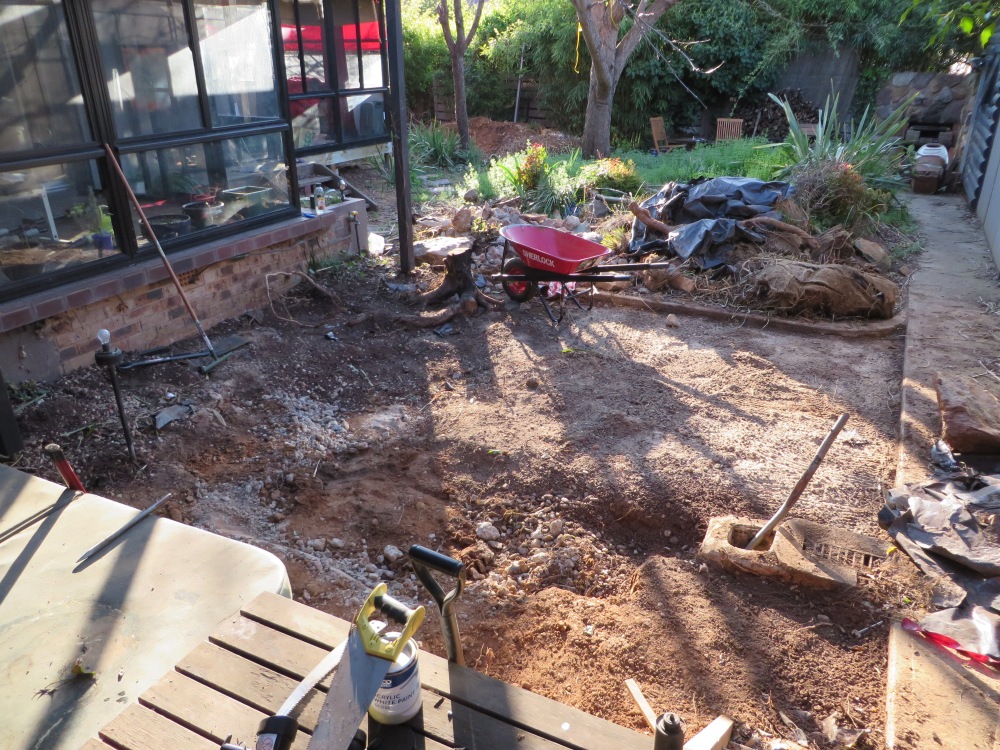 Not content to let things get too orderly, I took advantage of the newly flat ground to divest myself of the decaying and structurally unsound pergola (thanks again, useless government inspection). I did as much as I could on my own, but beams are heavy, some were rotten, and there was no way this would be a one-man job.

Enter my good friend Mark, who popped over one Sunday morning to help with the hardest part of the tear down. He even brought his own tool kit.

And we ended up with (get ready for it) – THIS

Sooo much better, yes? But there was one remaining problem – yes, I mean the stump, or as I called it, “STUUUUUUUUUUUUMP!!!!!!”

You may remember the stump from the last patio entry. The one I tried to burn out. If you google “easy stump removal” you will see lots of ideas like this, plus responses from some very angry people saying that these methods are the home renovation equivalent of a Nigerian prince giving you a two hundred million dollars.  I now understand, and am indeed one of those people.

Tree stumps are awful under any circumstances, but mine was WORSE because the roots were wrapped around the cement footing of the former pergola. The combination of solid cement and elastic roots meant that you can’t break one or dig around the other. They should make buildings this way.

This is a bad challenge to put before an obsessive personality such as myself. I spent hours with this unholy monster–chipping the cement, sawing roots, digging the gravel underneath. I started talking to the stump (swearing, mostly). Last night, I dreamt about it. I am convinced that the whale in Moby Dick is an allegory for one of these bastards.

And as of about a half hour ago, we have this. Which in case you can’t tell from the picture, is a torn up tree stump. Seriously, it makes me kind of giddy just to look at it.

Leaving us with the beautiful sight of this now relatively unblocked piece of ground.

So that’s another few weeks of pretty intense work. Next step: construction!